Following on from our last post about why direct mailing is the way forward for businesses we have decided to take a look at some companies who have produced some very clever and interesting pieces. Check out these creative examples:

Skoda dished out these postcards at the Bologna Motor Show in order to advertise its new park assist feature. Cleverly they included some hidden magnets so that when you take the little car from one side of the postcard and place it in the designated space on the other it is pulled into the parking space – a simple idea that looks incredibly effective and received a lot of online recognition!

How often do you find a letter from your child’s school crumpled at the bottom of their bag? Well Planet Kids created a clever way to get their students to hand the information over to their parents – create an invitation that talks back. Ok, so it doesn’t really talk back, but the hand puppet idea was designed to get the children excited and want to share it with their parents. 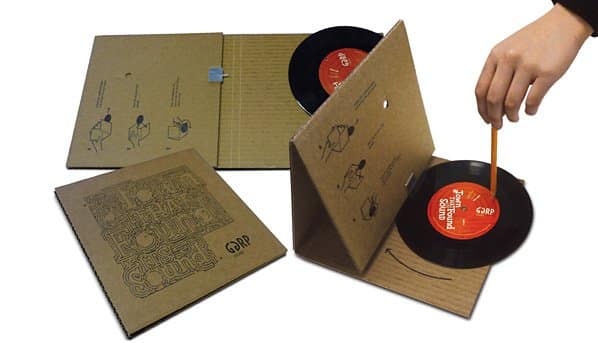 Ok so this one takes a little bit of planning, and probably quite a sizeable budget, but the marketing team at Griffiths, Gibson and Ramsey Productions managed to create a record player…out of cardboard. Sent out as a flat pack the cardboard can be positioned into shape so that it will hold a record, and with the aid of a pencil, play music. A very clever way to advertise for a sound company. 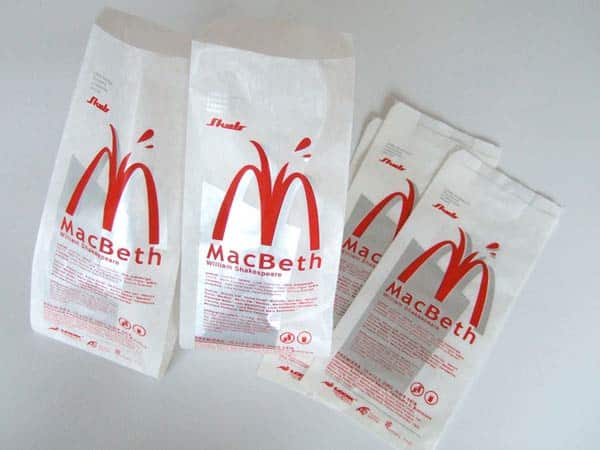 Paper bags don’t sound like a particularly clever direct marketing ploy…but wait, does that logo look familiar? The Theatre Company in Bratislava sent out these paper bags to encourage people to buy tickets for their up and coming performance of Shakespeare’s Macbeth. With more than a passing resemblance to the McDonalds logo this design would certainly make you check the information twice! 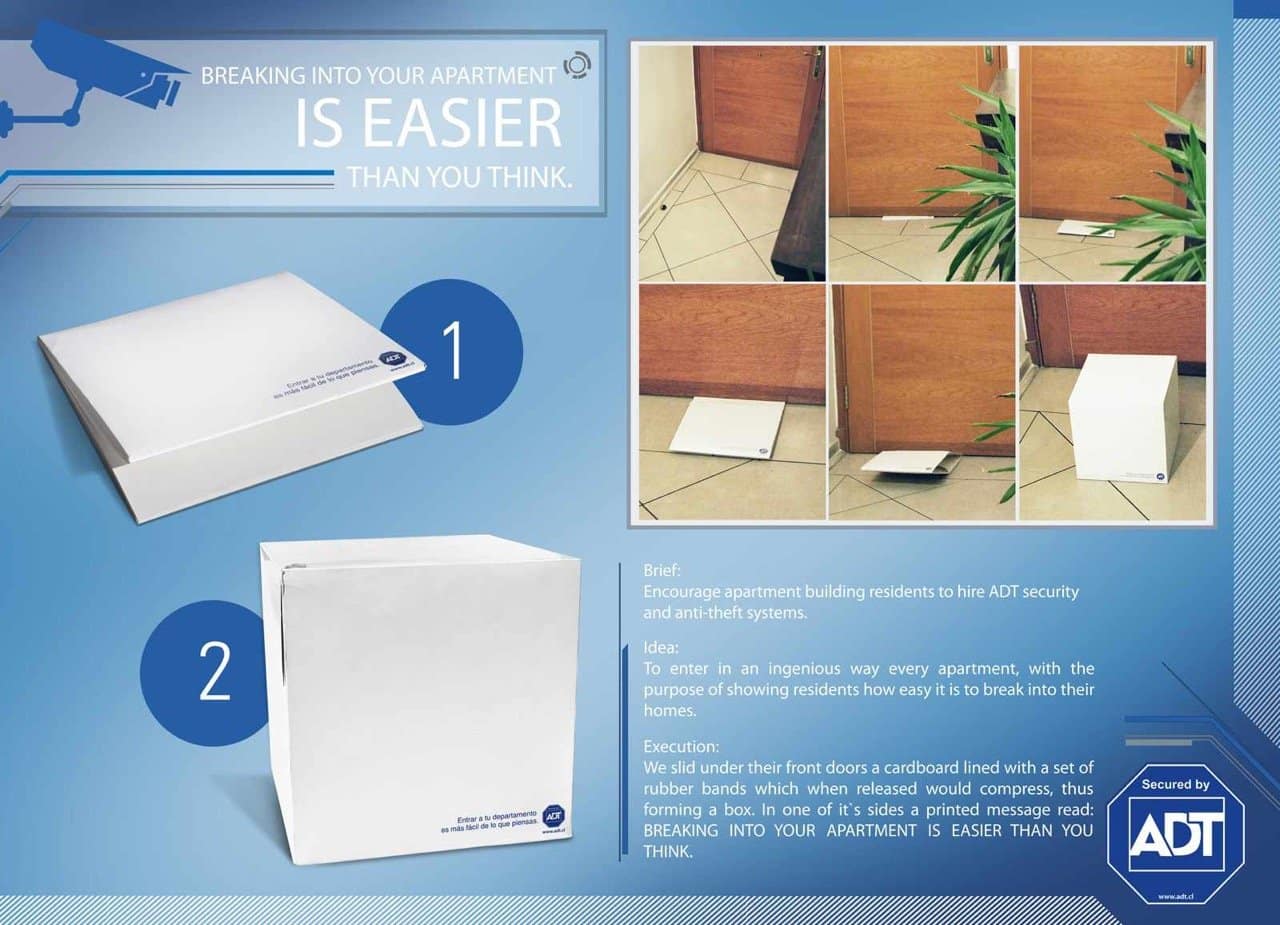 A little bit cruel, but oh so clever. ADT had these flatpack boxes designed with the idea being able to slip it under someones door in a block of flats – the unsuspecting person returns home to find a box sitting on their floor, wondering how it got there.

“Breaking into your apartment is easier than you think.” reads the line on the box with the ploy of encouraging you to invest in their security systems.

To find out what we could do for your business get a quote here.